Not too much to report this week, been busy in the studio working on a new EP. A few shows coming up to be announced soon but until then, I'll take this time to repost some oldies but goodies.

First up is one of my favourite bootlegs that I've made. The original is a massive drum'n'bass banger but the single also included a roots reggae version. I sped that up to create this thumping bass-hop version that has been a staple of my sets for the past couple of years.


Next is another reggae bootleg - not the first or the last track to sample Toots & The Maytals although I've never heard anyone else take on this cut. The Cutty Ranks pella has been used extensively but it fit the subject matter so well I couldn't resist. I made this for the inaugural posting on the Ghetto Funk blog, and I've since made it available to non subscribers as well.


Lastly for today, keeping with the reggae bootleg theme, here is a drum'n'bass remix of a gorgeous vocal cut by Horace Andy that I made years ago and promptly forgot about. I came across it by accident last year and thought is sounded pretty dope so I've posted to my Sondcloud for all to enjoy.

I got to throw down a vinyl set for the final Wax Wednesdays at the now departed Waldorf Hotel. Resident DJ Dubconscious got the place bumping with special guest Mista Chatman on the mic.  I haven't spun reggae on wax for a minute so I was pretty rusty, but all in all it was a very fun night and a great last memory of one of my favorite Vancouver night spots. Venues have been dropping like flies here lately so it's sad to see another one go, especially a unique spot like this one. 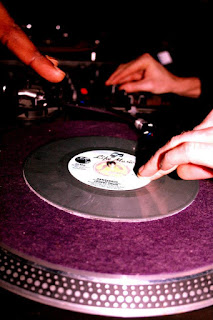 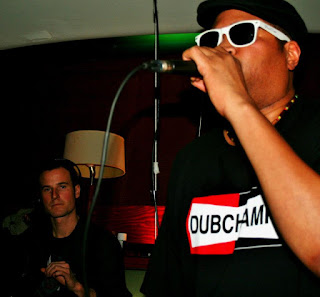 In other news this week, my homie DJ Soo dropped a dope 80's funk edit on us a couple days ago, free to download... and don't hesitate to leave a comment if you're feeling it!

My New Year's resolution is to keep this site up to date so here goes! It's been a big year with some outstanding highlights, including sets at Shambhala Music Festival & Victoria Electronic Music Festival, some great parties in town including Stickypod Connection at W2 and Super Happy NYE at Beaumont Studios. See below for some of the auditory highlights of the past year:

The third volume of Ghetto Funk's annual free bootleg comp dropped late in December, boasting 30 hot tunes from the cream of the mid-tempo crop. For our contribution, DJ Soo & I took on the Fugees classic 'Ready Or Not', dropping the acapella over bits of the Delphonics original and a reggae cover version by Johnnie Osbourne. Laced with some crisp drums and heavy 808 bass, this fusion of soul, reggae, hip hop and trap music was blogged far & wide and became the first track on the album to hit 20K plays on Soundcloud.

I finally followed up my 2004 reggae-hiphop mix tape with a second volume. I've been focusing most of my studio time on production for the past few years and haven't been turning out mix tapes at the rate that I used to, so I really wanted to have fun with this one and make use of all the capabilities at a digital DJ's disposal. Aside from a couple of blends that I knocked up in advance, almost every track in this set is edited on the fly using doubles and cue points. I had a blast doing it and it's really revived my interest in mix making. Look out for a couple more in the months to come.

I've been a huge fan of Fort Knox Recordings ever since they began, so it was a great honour to be brought on board to remix a cut from Nappy Riddem's 'One World Sovereignty' LP. Finally released to the public last November, other remixers on the EP include Stickybuds, Dub Architect and K.Sabroso.


So, that's my year in review - just the tip of the iceberg really. I intend to update this blog once a week moving forward, so I will take the slow weeks to revisit some of my other releases and freebies from the past year. Stay tuned!